Death of One Party During Divorce Proceedings

Death of One Party During Divorce Proceedings

Occasionally, during the divorce proceedings, one of the parties dies before a final decree is pronounced. This can also happen after the initial Romanian divorce decree has been pronounced and one of the parties decides to appeal. If this happens then the divorce decree is cancelled pending the decision of the appeal procedure. If this happens there can be unexpected consequences which do not immediately come to mind.

As a general rule, a divorce produces its effects starting with the date the divorce decision is deemed to be final (according to the provisions of art. 382, par. 1 of the Civil Code).

According to the provisions of art. 926 of the Civil Procedure Code, if during the divorce proceedings one of the spouses dies, the Court will not that the marriage has ended by reason of the death of one of the parties, and issue a final decision in the divorce file closing the file.

In this case, the marriage is considered as ended by the death of one of the spouses, and not as a consequence of the divorce proceedings, a decision of divorce not being pronounced in this case as it is not needed.

The main consequences of this situation are (i) if a joint community regime was chosen by the spouses the assets acquired by either of spouses between the date that the divorce application was lodged in Court and date of death of one of the spouses are considered to be joint property assets and will be subject to the division of the marital property, (ii) upon the death of one spouse, the surviving spouse will be entitled to the inheritance of the deceased spouse and (iii) the inheritance will be comprised of the exclusive assets of the deceased spouse and their relevant part of the joint assets obtained during the marriage.

In respect of a Court decision establishing the dissolution of the marriage by the death of one of the spouses, this decision can only be appealed by lodging an appeal which will be heard by the next higher court.

However, if one of the spouses has died whilst the appeal procedure is being heard in the divorce proceedings and the appeal is already in front of an appellate court, the decision stating that the marriage will be considered terminated by the death of one spouse is final and this decision cannot be appealed.

In these circumstances the decision is final, and all the consequences emerging from one spouse’s death during death will be applicable meaning that the surviving spouse is entitled to claim her or his inheritance from the estate of the deceased spouse. Any inheritance proceedings opened by a third party dealing with Romanian assets, who does not acknowledge the right of the surviving spouse is opened incorrectly.

To establish the rights of inheritance the surviving spouse will have to provide the Notary instructed to open the inheritance procedure with a copy of the final court decision pronounced in respect of the divorce proceedings as well as other supporting documents, i.e the marriage certificate and the death certificate of the deceased spouse. With this documentation, the Notary will establish who are the rightful heirs of the deceased and issue an heir certificate for each of them.

Based on that certificate, the heirs can then proceed and have the estate divided between them according to the proportion of the inheritance to which they are entitled to according Romanian law of succession. Any inheritance procedure dealing with assets of a married person domiciled in Romania or dealing with Romanian assets has to take note of the right of the surviving spouse if no divorce decree has been pronounced by the Romanian courts.

It is mistakenly believed by many that if an initial divorce decree has been pronounced there is a valid divorce decree even if it is being appealed. As will be seen from the above this is not the case.

Are you looking for a divorce lawyer? 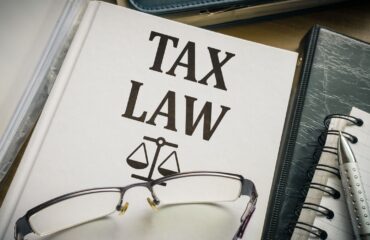 The importance of knowing the tax legislation